The course is designed for experienced networking and security solutions professionals to advance in their career and prepare them for an elevated work profile. The participants will learn:

In this digital and technology-enabled world, security is a major concern for every other organization across the globe. Dependency on the internet and the rise of web-related activities has been rising on a day-by-day basis. Hence, the lack of trained and skilled cybersecurity experts is another drawback in the era of technological advancement. Safeguarding the organizations from unanticipated and unsolicited security intrusions requires relevant skills. The exponential growth of cybercrimes worldwide also shows that preparedness and updated knowledge in the cybersecurity domain are much needed in each organization/business.

In the majority of organizations, there is a huge gap in cybersecurity skillsets due to the advancing technologies and changing organizational security infrastructure. To bridge this gap, REVA Academy for Corporate Excellence (RACE), REVA University offers a range of short-term or certification programs in Cybersecurity for working professionals that can be completed in 5-16 Saturdays.

Certification programs of RACE are perfect enough to validate the skills acquired in the workplace or add the newly acquired skills to the current qualification and experience. Our programs help to fill the knowledge gaps and provide a competitive edge to the participants in this ever-evolving technological world. Unlock new career prospects and enjoy a mid-career transition with our Cybersecurity certification programs!

WHO WILL BENEFIT FROM THIS COURSE?

Learning kit with sample use cases and templates for implementation

The participants will have unlimited access to the next-generation 12-Seater Security Operations Centre (SOC) located at REVA University campus. This facility will provide them with real-time learning to detect, analyse, respond, remediate, and orchestrate cybersecurity incidents using a combination of technology solutions and a strong set of processes.

Cyber Range composed of 4 teams: Red, Green, Blue, and White in which each participant plays an important role to create a safe and secure environment for enterprises. This exposure to real-time emulator will provide our participants with a comprehensive, detailed and practical learning space to build their cybersecurity skill sets.

The Green Team simulates legitimate users over wire or wireless connections with their desktops, laptops, tablets, smartphones to the application infrastructure hosted on the network infrastructure managed by Blue Team.

The White Team creates the cyber attack scenarios and then monitor the success or failure of Blue Team to defend against cyber attacks launched by Red Team, keeping availability, scalability, security and performance of network infrastructure and application infrastructure for Green Team.

Answer all of your questions

Which are the short-term programs available at RACE?

RACE offers 20+ short-term/certification programs for candidates having experience in the respective domains. We are offering certification programs on Analytics, Cybersecurity and Artificial Intelligence domains. All these programs are carefully crafted and executed by industry leaders in their respective domains, who are also the mentors of these programs.

When do these programs commence?

The commencement of short-term programs will be announced on the REVA Academy for Corporate Excellence’s (RACE) website. The admissions to these programs are limited to 12-20 seats depending on the program. If you would like to know the tentative date of any of the programs, please feel free to write to [email protected]

What are the criteria for certification programs?

How do I understand that the certification is beneficial for me?

All certification programs offered by RACE are ideal for working professionals who are looking to receive additional professional training in their domain. Please visit our website and understand the details of the corresponding certification programs. In the website, you can find every minute detail of the program from the start date, mode of delivery, program details, curriculum, facilities, etc. If you still have queries about the desired program, please write to [email protected] or visit our ‘Contact Us’ page to send a message.

Are the certification programs offered online?

Mode of delivery is different for each program. Some of the certification programs require both classroom sessions and online sessions and some of them are delivered only through online.

Do I receive a certificate? Is it a recognized one?

What is the duration of these programs?

The duration of these programs ranges from 1 month to 3 months based on the curriculum of each program. Since classes are conducted only on Saturdays, these programs will be completed within 5 to 16 Saturdays.

How do I apply for the short-term certification program?

Click on the ‘Apply Now’ button found on the top right-hand side of the website and choose your desired certification to apply.

Yes, we have hand-picked the industry mentors who are well-experienced in their domain with several years of industry and teaching experience.

Will I be considered as the alumnus of RACE after completing a short-term program?

Yes, you’ll be the alumnus of REVA Academy for Corporate Excellence after the successful completion of the short-term program.

Industry mentors are the assets of REVA Academy for Corporate Excellence. The industry experience of our mentors helps the participants to bridge the gap between classroom learning and the industry He has adorned various other coveted positions at ISRO Satellite Centre, Bengaluru. He has received ISRO’s team excellence award for 2015. In July 2015, he became a part of Mars Orbiter Mission Testing Team. He is the recipient of Brigadier ML Anand IETE national award of 2007. He is also chairing various Inter-centre technical committees in ISRO and has participated as member in Karnataka State Government technical committees. An expert in information security focused on application vulnerabilities, who spearheads organizational initiatives for building self-defensible enterprise network. With his hands-on knowledge in cybersecurity frameworks and regulations, he is extending support to several global brands in optimizing their business processes. 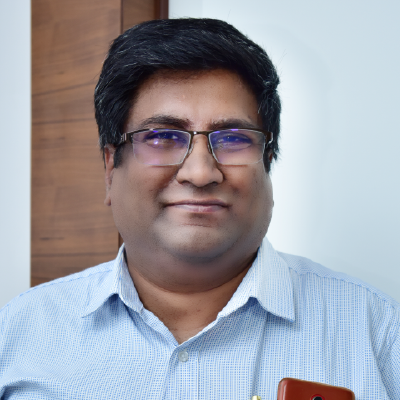 Ram Kumar’s core expertise extends across Information Security, Corporate Security, Data Privacy, and Business Continuity domains. Ram has authored a book on “Cyber Crimes – A Primer on Internet Threats and Email Abuses” that has been published by Viva Books. 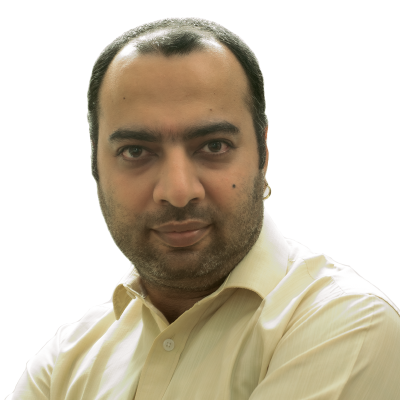 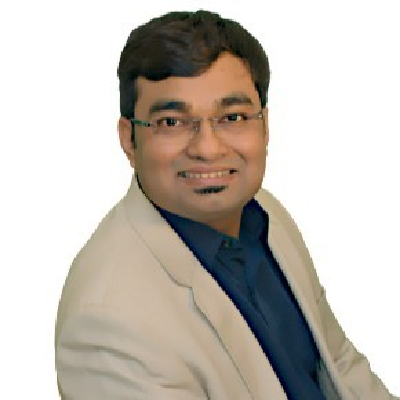 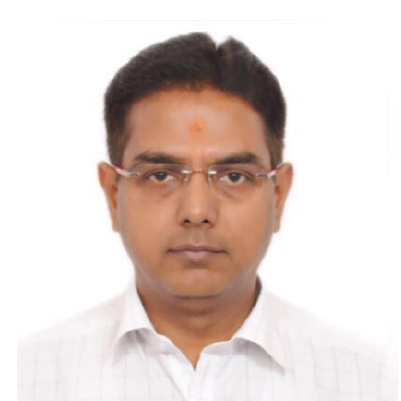 Ajay Pandey is seasoned security, networking and IT strategy professional with entrepreneurial zeal. Ajay is specialized in networking, security and criminal law, IPR with several global certifications to his credit. He is also a speaker and panelist on network visibility and application security in several conferences. Unnikrishnan is focused on building and delivering cybersecurity capabilities to improve the cyber risk posture of the clients across industry sectors. His core expertise is in the area of Information Security Consulting, Transaction & Enterprise Risk Management, BCM/DR, IT Risk Consulting, and Business Analytics & Financial Advisory. Chinmay has worked for global security giants including McAfee, Symantec and Cisco. Chinmay possesses expertise in the area of Security Analytics, Security Compliance Enforcement, and Dynamic Insider Reputation Rating. He has been a contributor to McAfee Global Support Knowledge on various technology topics. 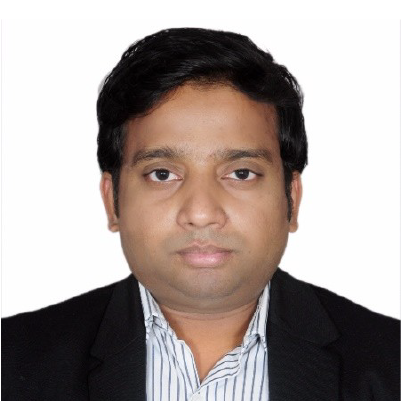 Ashok is a cybersecurity expert who has competency in shaping most of the dynamic security solutions and products. His experience is mainly in leading R & D teams in Check Point, Wipro, and Nokia, and advocates cybersecurity platforms with open-source tools and global security intelligence. 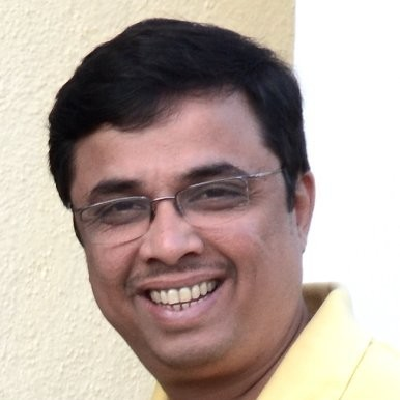 Mahesh heads the IBM Security Labs in Pune and has the functional responsibility of Encryption and Key Management IBM Security products. He plays an instrumental role in establishing relationships with academic institutions, particularly in the western region by driving several initiatives. 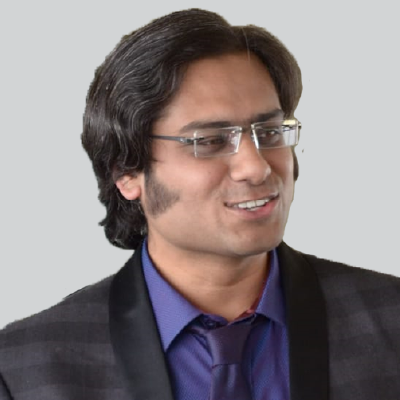 A cyber law expert and techno-legal consultant. He is a law graduate who has completed a master’s in cyber law and cybersecurity from the National Law University, Jodhpur. Sushanth is one of the 45 Cyber Law Compliance Auditors in India. Sushanth IT Law Associates provides advice on social and legal consulting related to IT, such as technology transfer and licensing, software piracy and privacy, e-commerce, data protection & outsourcing, cyber law, and the IT act. He is a visiting faculty for Cyber law at various Universities. A young, dynamic Cybersecurity expert, competent in building large-scale resilient systems at scale for complex operations. Dhruv has been an open source proponent and contributor with very deep technical expertise in incident management, threat intelligence and forensics on on-premise and cloud systems. He is a trainer par excellence and trained 100s of corporates in various areas of Cybersecurity. He currently holds a senior leadership position with an E-Commerce organization.

Success is in the DNA of RACE. Decipher the successful journey of RACE through our mentors and participants.